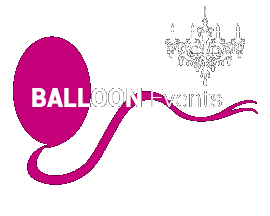 Brilliant balloons for your event! 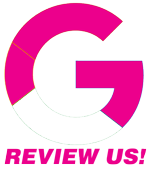 Helium balloon gas is an inert product meaning that it reacts with nothing. It is not poisonous however it is not air so can be an asphyxiant in high concentrations - so never breathe helium. It doesn’t burn or explode. It just lighter than air so is used as an efficient lifting gas in light weight objects such printed balloons decorations, exhibition spheres and blimps.

Helium is a colourless, odourless, tasteless inert gas at room temperature and makes up about 0.0005% of our air. As long as the helium plus the balloon is lighter than the air it displaces, the balloon will float in air. Helium is a lot lighter than air. The difference is not as great as it is between water and air (a litre of water weighs about 1,000 grams, while a litre of air weighs about 1 gram), but it is significant. Helium weighs 0.1785 grams per litre. Nitrogen weighs 1.2506 grams per litre, and since nitrogen makes up about 80 percent of the air we breathe, 1.25 grams is a good approximation for the weight of a litre of air. Therefore, if you were to fill a 1litre soda bottle full of helium, the bottle would weigh about 1 gram less than the same bottle filled with air. That doesn't sound like much but if the bottle itself weighs more than a gram, it won't float. However, in large volumes, the 1-gram-per-litre difference between air and helium can really add up. This explains why blimps and balloons are generally quite large they have to displace a lot of air to float.

If you put helium in a balloon and let go of the balloon, the balloon rises until it pops. When it pops, the helium that escapes has no reason to stop it just keeps going and leaks out into space. Therefore, in the atmosphere there is very little helium at any given time. The helium that is there comes from alpha particles emitted by radioactive decay. In places that have a lot of uranium ore, natural gas tends to contain high concentrations of helium (up to 7 percent). This makes sense, since the decay of uranium emits lots of alpha particles and a natural gas pocket tends to be a sealed container underground. Helium is cryogenically distilled out of natural gas to produce the helium we put in balloons.

Helium balloons lose their lift after a day or two because the helium leaks out, they shrink and become heavier than the volume of air they displace. This causes them to lose buoyancy and "sink" in air. The weight balance that keeps a balloon afloat does not leave a lot of room for leakage, so once a little gas leaks out the balloon falls. Sometimes a balloon is neutrally buoyant and applying heat or cold will change its volume just enough to make it rise or sink in air.